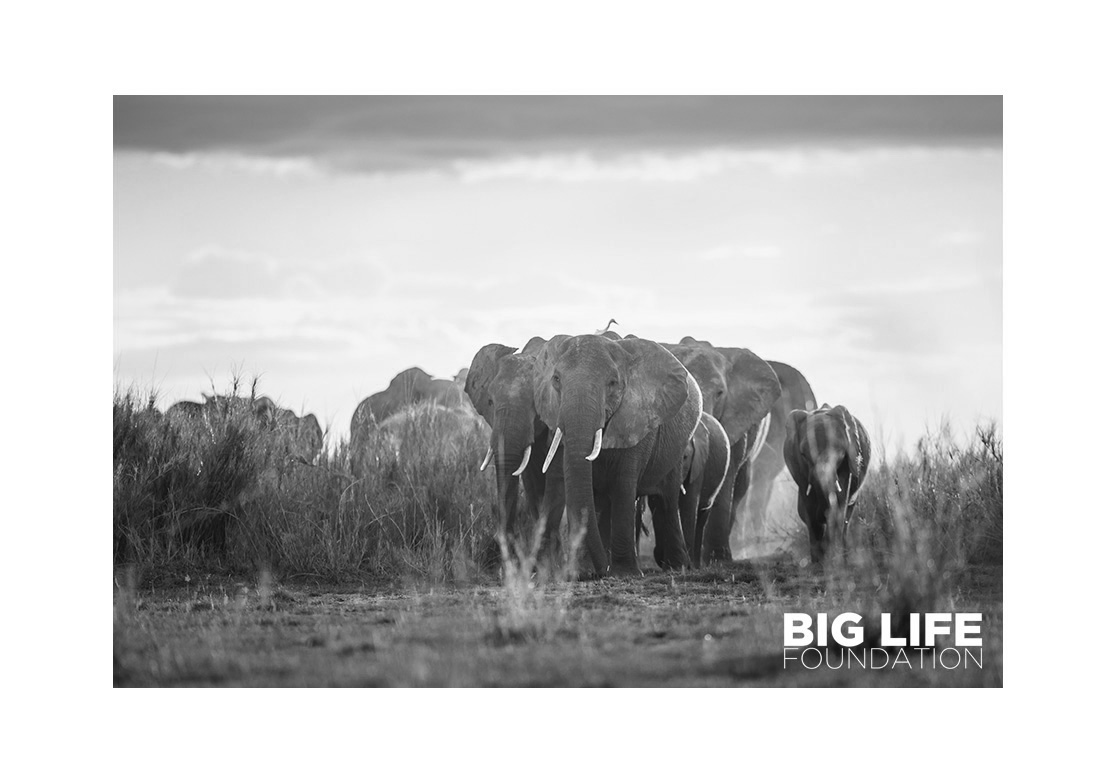 Since 2010, Big Life has worked on the ground in East Africa partnering with local communities to protect nature for the benefit of all.

Seeking to safeguard and sustain wildlife and wild lands, including one of the greatest populations of elephants left in the region. It is the first organisation with coordinated anti-poaching teams operating on both sides of the Kenya-Tanzania border.

Big Life recognises that long-term conservation can only be achieved through a community-based collaborative approach in which conservation supports the people and people support conservation.

Empowering their female conservationists from Scientists and Fundraisers to Rangers and educators is at the heart of the Big Life agenda.

In 2008, they set up the Maasai Olympics to shift the attitudes of a new generation of Maasai warriors toward conservation.

They don’t just protect and preserve - their Co-Founder Nick Brandt also captures the most beautiful breathtaking and peerless wildlife photography, documenting what is present and what is being lost forever, from the East African planes.

Our online shop uses the very latest encryption technology (SSL) to ensure that your transactions with us are completely private and protected as they travel across the internet.

When you proceed to make your purchase, your browser makes a connection to the secure section of our website. Your browser will show a padlock (usually where the website's main address is shown) to indicate it has made a secure connection and depending on your browser a window may pop-up to notify you that you are entering this safe area.

JOIN US?
SIGN UP TO OUR NEWSLETTER
AND ENJOY
15% OFF
YOUR FIRST ORDER*
*Offer valid for new e-mail subscribers only. By signing up, you agree to receive e-mails with the latest Ninety Percent news, collections and special offers. You can unsubscribe at any time. See our Privacy Policy for more information.
Accept terms
By signing up with Facebook, you agree to the NinetyPercent Terms and Conditions and Privacy Policy
Edit Now